There are two common types of concrete mixers: twin shaft concrete mixer and planetary concrete mixer. There are an analysis of their respective working principle, performance and application scope for your reference. 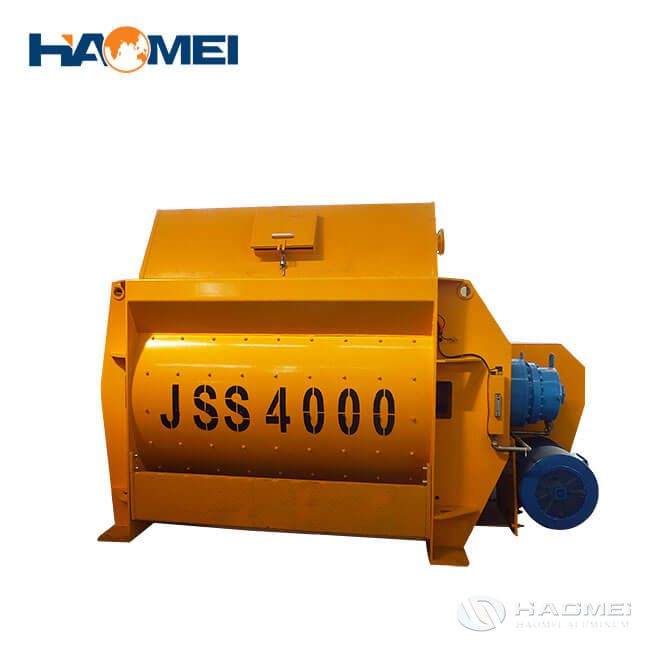 The planetary concrete mixer rotates along with the revolving movement. With the flexible design, it can realize the thorough mixing. The complex and continuous mixing trajectory enables all the mixing material to obtain high-strength mechanical action, and eliminates the mixing dead zone.

The China twin shaft concrete mixer is mainly composed of the mixing drum, mixing shaft and a transmission mechanism. Several sets of mixing blades are installed on the mixing shaft, which are staggered by a certain amount of space before and after, so that the mixture is mixed in the mixing drum in turn.

The planetary mixer has a high mixing uniformity,reaching more than 99%, a short mixing cycle, high production efficiency, and rich output. Its another important feature is that the discharge is clean, and there will be no remaining material at the bottom of the barrel.

The volume of twin shaft concrete mixer is slightly larger than that of the vertical planetary mixer. Its operation is also stable. Although the mixing quality is not as good as the planetary mixer, its mixing performance is much better than the rotary mixer, meeting the requirements of most projects. The China twin shaft concrete mixer features high efficiency, low mixing sound and short discharging time.

The planetary mixer is of wider application, which is suitable for the production of refractory materials, cement precast parts, ceramics, high-performance concrete, etc.

The twin-shaft mixer is mainly used for the production of various kind of concrete in commercial or engineering concrete batching plant.

Next: How to Replace Oil of Concrete Mixing Pump Factory